The methanol price is volatile but on average 300 Euro/ton is historically a good figure to use for feasibility studies. Below you can see the operational/manufacturing cost as a function of the methanol price.

Despite its higher methanol consumption per ton produced,

process remains the most economical process thanks to lower catalyst cost, better utility management and higher steam export to the grid.

and a metal oxide process. Low methanol price and high electricity cost lead to a greater difference in favor of

technology; yet, the fact still remains that even with very high MeOH prices and low electricity cost, 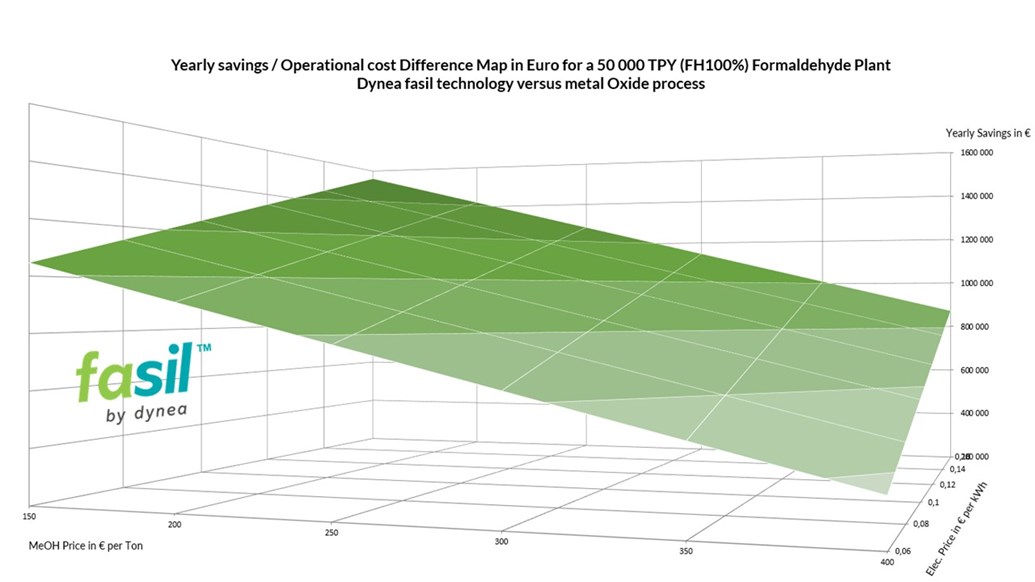